As the world climate conditions change, the Pacific Northwest had gotten much more stormy.  Where I remember snowy winters and long summers often lasting well into September, I've been experiencing shorter hotter summers and stormy winters that last longer and include little snow since I moved back in December 1999.
Just last night, we had another big wind storm and flooding has closed roads and stranded communities.  The mud and debris from slides have closed highways and roads.  Even trains on certain routes have had to cancel.  Our electrical power was out from approximately 1:00 – 8:00 am.  Driving into work late, the back roads had a lot of debris, including several branches I had to drive around and JBLM had to remove trees from East Gate Road before drivers could use that gate to get onto main post.
I don't remember it, but the year I was born (1962) experienced severe weather, now known as "the Columbus Day Storm."   Peak gusts in the area where we lived reached 88 mph and the storm was comparable to a Category 3 hurricane.  (It has since been defined as an extratropical cyclone.)  Plus, my family was living in a tiny little mobile home.  I was 5 months old.  We lived one block from the airport near South Pacific Hwy where this picture was taken for the Longview Daily News: 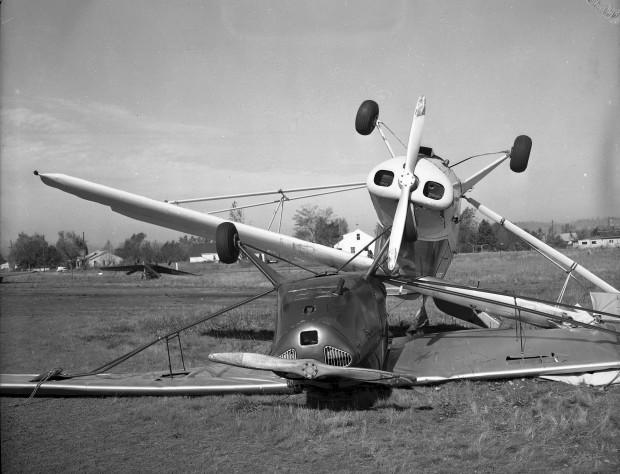 “If it’s really true that no one’s listening, why are they all so intent on making us shut up?” – Clementine Ford, Feminist

“You have to act as it were possible to radically transform the world.  And you have to do it all the time.” – Angela Davis, Political Activist and Author

“Old age is an excellent time for outrage. My goal is to say or do at least one outrageous thing every week.” – Maggie Kuhn, Gray Panther

“We have a faith that says life is not to be worshipped.  It’s the quality of life that counts.” – Francie Emerick, Oregon Death with Dignity Exerciser

“Nobody in the world, nobody in history, has ever gotten their freedom by appealing to the moral sense of the people who were oppressing them.” ― Assata Shakur, Assata: An Autobiography

“Representation of the world, like the world itself, is the work of men; they describe it from their own point of view, which they confuse with the absolute truth.” – Simone de Beauvoir

“Naive as it may sound, inoculating society against the antisocial requires, at bottom, persuading people of what is palpably true:  that society has value and everyone should contribute.” – Bruce Cannon Gibney, Author

The global movement for a campaign of Boycott, Divestment and Sanctions (BDS) against Israel until it complies with international law and Palestinian rights was initiated by Palestinian civil society in 2005. BDS is a strategy that allows people of conscience to play an effective role in the Palestinian struggle for justice.

Sanctions are an essential part of demonstrating disapproval for a country’s actions. Israel’s membership of various diplomatic and economic forums provides both an unmerited veneer of respectability and material support for its crimes.

THE LEAST WE CAN ALL DO – By calling for sanctions against Israel, campaigners educate society about violations of international law and seek to end the complicity of other nations in these violations.

Official page of the Palestinian BDS National Committee (BNC) Visit us on: www.BDSmovement.net

Join Michael Moore and use his tools to stay active and fight against Trumpland!

Breaking News and Opinion on the Huffington Post  View Now!